As Mel Brooks put it in History of the World Part 1, 'It’s good to be the King!' Now everyone can grow up to be the king. Watch out, though, because you could also become a lowly trampled serf. Age of Kings is a masterful sequel to Age of Empires.

Age of Kings starts where Age of Empires Expansion: Rise of Rome leaves off. It begins in the Dark Ages after the fall of Rome and progresses through the Feudal Age, Castle Age, and -- if you live long enough to spend the resources -- Imperial Age. The campaigns are based on historical people and events. There are five campaign levels: The William Wallace learning campaign has seven scenarios. The Joan of Arc, Saladin, Genghis Khan, and Barbarossa campaigns each have six scenarios. Each of these will give even the most experienced players a run for their money, especially if played on the most difficult settings. They are ranked and increase in difficulty level as you move on to the next scenario and on to the next level. A random map is always good for some skill building and pure 'Kingdom Building/Kingdom Bashing.' There are 13 civilizations to choose from and each has one unique unit that can only be built by that civilization (with the exception of the Vikings who have two unique units). To be able to build your unique units you must get to Castle Age and build a castle. The unique unit’s special skills give you an edge, so build your castle as soon as you can and beat your opponent to the punch. Below is the list of each civilization and the unique unit that they have.

The Britons have the Longbowman.

The Byzantines have the Cataphract.

The Celts have the Woad Raider.

The Chinese have Chu Ko Nu.

The Franks have a Throwing Axeman.

The Goths have a Huskarl.

The Japanese have the Samurai.

The Persians have the War Elephant.

The Saracens have the Mameluke.

The Teutons have the Teutonic Knight.

The Turks have the Janissary.

The Vikings have the Berserk & the Longboat.

It is wonderful to be able to play with either keystrokes or the mouse or a combination of the two to navigate and rule your kingdom. If you know how to play Age of Empires, then you already know how to navigate in this game. Even if you have never played Age of Empires (is there anyone out there who falls into that category?), you will find the learning curve short and you will be able to get the basics down quickly.

There are lots of new features and things to research. One of the things that is both exciting and discouraging is the number of things that you can research. It is next to impossible to come up with enough resources in order to research all that is available, so pick and choose what you need for the way you play. In Age of Empires I did get to the point where there was nothing left to research but I have not yet had this problem in Age of Kings.

One of the nicest new features is the town bell you can ring to call all your villagers to garrison the town center, protecting your town center and villagers from those unscrupulous raids on your economy. I guess if you played that way in the previous games you will have to come up with a new strategy. There is also a very nice feature that allows you to find your loafing villagers and get the freeloaders back to work. One of the biggest challenges is to keep all your villagers working, as they like to take breaks and stop contributing. Now you can click on the idle villager button or press the period key (.) and it will take you to the next loafing villager; the comma (,) takes you to the next idle military unit. The map view allows you to easily monitor your progress and yet it does not detract from the gameplay.

Overland trading with trade carts (which can be created at the market) has been added to the game, something that helps a lot with resources in land-based games. In Age of Empires you needed water to be able to trade. You can still trade on the seas but you are not restricted to this supply channel. You can convert almost any resource into gold through your market, but use it wisely since the trade rate gets worse each time you use this option. There are also new sources of food with wild animals and sheep as well as deer, farms, and fishing.

Working gates for your walls now means you do not have to leave a hole and try to defend it any more. Just make sure you monitor the gate because the enemy can walk through when your people open it.

A good source of obtaining 'free' gold is collecting artifacts and depositing them in your monastery where your monks will exchange them for gold. If you destroy a monastery with artifacts in it you can take them back home to your own monastery. In one game, I received almost 3,000 gold just from the artifacts. It is well worth the risk of losing a monk to get all the gold you can. Go for the gold.

Age Of Empires On Mac

Multiplayer mode is my favorite part of the game. The computer opponents are smart and the artificial intelligence is better in Age of Kings, but there is no substitute for a live opponent (even if that opponent is only your very computer-savvy six-year-old). There is an advanced mode and a simple map mode. If you do not have enough information use the advanced mode, if it is too complicated go to the basic display.

The screenshots just do not do this game justice. To get the full experience you need to see the graphics and animation in action. The depth and detail is great and the scale of the buildings to the people is one of the biggest improvements over the original. There is a very nice addition to finding those lost workers on the map. If a villager gets behind a building or a natural obstruction like a tree you will see an outline glowing through the building or through the forest. The animation is crisp and quite fluid, a real treat for so much going on at the same time.

The audio is up to the high standards of Age of Empires. There are unique sounds that alert you when there is something that needs your attention. I turn off the background music in most games, but I actually like the music in Age of Kings -- it stays in the background where it should be. Too many games now center the game on the music in an attempt to make up for the lack of content. Do not play this game without sound support; you will not be able to keep up effectively without the warnings and alert sounds. More games should learn from Age of Kings on the proper use of sound that contributes to gameplay and stop using it as filler.

I am impressed with how well this game runs on the minimum system. The minimum requirements state that you will need a multimedia PC with Pentium 166MHz or higher processor, Microsoft Windows 95, 98 or NT with Service Pack 5 for the OS. You will also need 32 MB RAM, 200 MB hard disk space and 100 MB free for the swap file, a SuperVGA monitor supporting 800X600, 256-color resolution and 2 MB VRAM and a quad-speed CD-ROM drive. You will need a mouse, 28.8 modem or higher for Internet or head-to-head play, and a sound card with speakers or headphones. By today’s standards this is a pretty low-end machine, and yet the game plays very well on a PC equipped this way. I did play on my old 166MHz PC for testing purposes and it performed quite well. A large game with large population limit would be too much for the minimum PC, but with computer prices as they are today, I do not see this as an issue. There are a lot of inferior games that require a lot more PC to play. 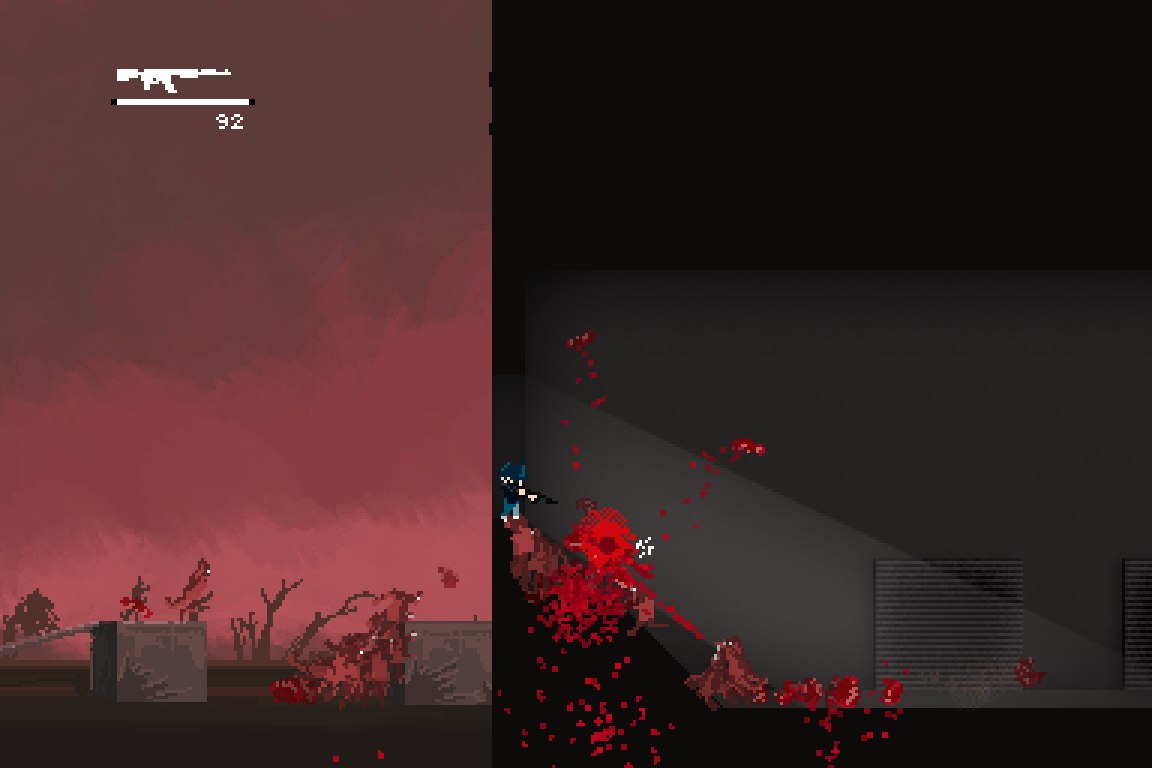 The documentation is up to the usual high standards Age players have come to expect. The manual is very nice and quite complete. The quick reference card is wonderful and is also available online, so now if you do not have a card handy, you can look it up in the online help. I find the printed card and book refreshing to see provided and I would gladly pay a little extra to have these sorts of items included in all the games I buy. Thanks for not skimping, guys. The readme.doc file on the CD is very complete -- be sure to read it for late-breaking civilization changes and information on possible hardware conflicts.

The only reason I did not give this game 100 out of 100, as great as it is, is that it is a sequel. It is not a totally new idea with groundbreaking creativity and originality. Don’t get me wrong, I love this game and it already has my vote for Game of the Year. Even if another game happens to get a higher score this year, Age of Kings will still get my vote because it has staying power and I cannot say that for too many games these days. Sure, some games are fun when they first come out, but I find myself losing interest fast with most of them. Age of Kings, Age of Empires, and the Rise of Rome Expansion Pack are all timeless and they will stay through the 'Ages' installed on my computer for many years. The suggested retail price is $54.95 and it is worth the full price. I am already looking forward to an expansion pack for Age of Kings. It will be hard, however, to find things that they left out and can improve or expand upon, but I hope they do. It is rare to find a sequel that is better than the original game it is based upon, especially when the original game was so good. My hat is off to Ensemble Studios and Microsoft for a job well done.

Age of Empires 2 HD is a remastered version of the popular real-time isometric strategy game Age of Empires 2. In this game you will find a new visual design, improved gameplay, multiplayer mode and a new soundtrack.

Go through the original single-player campaigns from Age of Kings and the Conquerors expansion, choose from 18 civilizations over a period spanning over a thousand years of history, and go online to compete with other players on their way to world domination over the years.