Recently, I upgraded my iPhone 6s to iOS 10.3.2 from 9.3.5, and after that, connecting via USB, none of the Mac photo apps can access the photos physically in the phone's memory. I've already spent a lot of time with the Apple experts looking at the iOS side, and they are telling me the problem is on the Mac OS side, so, although this will sound like an iOS question, I am trying to eliminate all possibilities with Yosemite first.

A possible clue to the erratic behavior can be seen in that the iPhone was usable 1-time to access photos after the iniitial upgrade to iOS 10.3.2, e.g. Preview prompted for access to the iPhone, I granted access via the iPhone 'trust' screen message, and it worked as it should, allowing me to download photos to my Mac. However, after disconnecting and reconnecting the iPhone, there was no further prompt from Preview or the Mac and no message on the iPhone to grant access, even though the computer, Preview, and Photos all recognize the iPhone as being connected, the windows where the photos should be listed were all empty. Photos told me that there were no photos on the iPhone (oh yes there are!)

I have found a partial answer to this issue: If I reset the 'Location & Privacy' from the iPhone Settings menu, it will force the iPhone to then launch the 'Trust This Computer?' prompt the next time I connect via USB cable, then tapping 'Trust', I can then access the photos on the iPhone from any Mac application that normally can do so, but I can only do this (1) time .. as soon as I disconnect and reconnect the phone, the problem comes back.

It seems that there is a handshaking issue where some preferences file is not getting set correctly between OS 10.10.5 and iOS 6s to allow the 'trust' prompt to be remembered, forcing the need to reset the iPhone each time .. this can't be they way it's supposed to work! 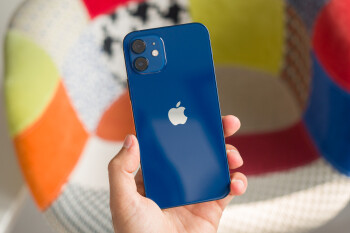 I have performed a clean install of OS 10.10 to a new partition on my Mac, updated to 10.10.5, updated iTunes and Safari to their latest revs, reset the Mac's SMC and zapped the PRAM per the Apple experts, and none of that helped. Also, to eliminate the iPhone itself, (3) other devices, all running iOS 10.3.2 all do the same thing and don't play nice with Yosemite for accessing photos on those Apple devices running iOS 10.3.2. Unfortunately, Apple does not allow downgrading back to iOS 9.x.x, which would solve this.

Has anybody else had this problem, Yosemite not being compatible with iOS 10, and found a fix for it? Thanks in advance for any ideas.